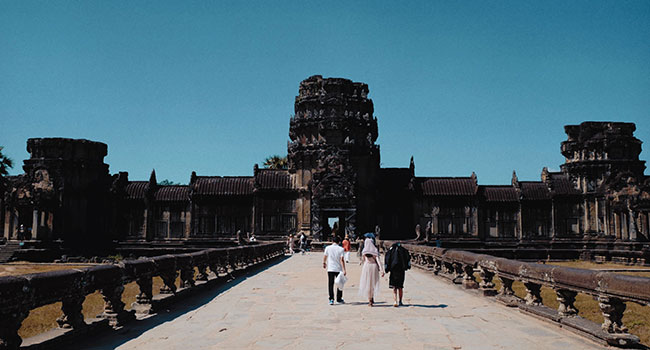 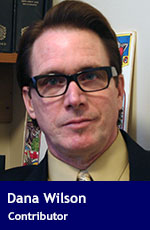 There are some places in the world that are ‘must see’ destinations for the global traveller. Machu Picchu the Incan city in the Andes Mountains of Peru, Stonehenge the prehistoric structure on the Salisbury Plain in England and the pyramids of Giza in Egypt stand out. Angkor Wat is one of these, a premier destination that has fascinated visitors for centuries.

Located in Cambodia near the city of Siem Reap, Angkor Wat, a.k.a. the temple city, is the largest religious monument on earth. Built in the early 12th century, mainly by the monarch Suryavarman II, it is at once a temple, a city housing the royal court and the king’s mausoleum.

The site is bounded by a rectangular moat measuring 1.5 by 1.3 kilometres and within this enclosure lays the royal city with a giant temple with a base measuring 332 by 258 metres. Only the temple remains within the enclosure and it is a wonder to behold. Its striking feature is five towers, sometimes incorrectly called pagodas; the largest is 65 metres high. They are thought to represent Mount Meru, the home of the gods in Hindu mythology. The other land and water elements of the site are stylized representations of the Earth and its oceans.

For the visitor, Angkor Wat is a feast for the eyes as its architectural design is so harmonious. All the elements of the structure combine to make it a wonderful symmetry in stone. Indeed, it is a United Nations Educational and Scientific Organization (UNESCO) World Heritage Site, so designated for its universal appeal. The temple is a magnificent construct of sandstone with almost every bit of its walls covered with inscriptions or carved scenes from Hindu myths. 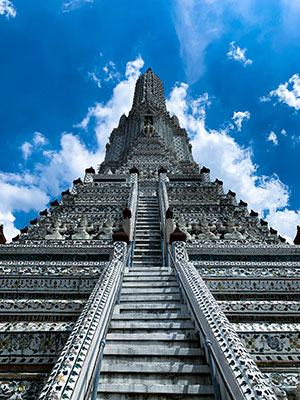 While taking in the physical aspects of this architectural wonder, you will begin to appreciate it as a universal cultural artefact, a symbol of human endeavour. The sheer amount of labour to bring five million tons of stone from quarries 40 kilometres away is staggering. Yet, a ruler had the authority to have it built in less than 40 years, regardless of cost, and directed hundreds of skilled artisans to complete its decoration according to a grand architectural design.

Although it was originally a Hindu temple, Angkor Wat became a Buddhist site; for a period it served as a monastery as the religion of the Cambodian region changed over time. Hindus and Buddhists as well as non-religious people can enjoy it. Indeed, Angkor Wat has always been a marvel to all sorts of outsiders. An account of a 1296-97 visit by a Chinese diplomat has survived in archival records.

The first Europeans to see Angkor Wat were the Portuguese in the late 16th century. They assumed the indigenous population could not have built these ancient structures. That assumption has proved to be wrong and Angkor Wat is now recognized as a product of a local cultural tradition. This is an important issue of national pride for today’s Cambodians who have placed a depiction of the temple’s towers on their national flag. With over half a million visitors a year, it is also the country’s largest tourist attraction.

Angkor Wat was overrun by invaders several times before it was abandoned as a royal residence in the 15th century. It was the scene of some fighting in the 1970s between the Khmer Rouge forces and an invading Vietnamese army. Bullet holes scar some of the walls but otherwise damage has been quite minimal. Meanwhile, like all such sites, there has been some looting and vandalism over time that has detracted from its archaeological integrity.

There are great restoration projects underway to preserve this marvellous place and a fine spirit of international co-operation is in evidence. There are projects co-sponsored by the governments of India, Japan, Poland and France.

Getting to and around the Angkor complex of temples presents the traveller with some problems. Embarking on a guided tour is the best option for a short visit. Cambodia requires a visa for foreigners and issues special photo ID for all site visitors. Walking to the temples and climbing the towers of Angkor Wat can be challenging in the hot, humid climate. Water bottles, bug spray and sun protection are all needed. Top class western style air-conditioned hotel accommodation is available in nearby Siem Reap, which also features a good regional airport.

For those needing a detailed scholarly guide book, try the lavishly illustrated Ancient Angkor by Michael Freeman and Claude Jacques. No need to buy it beforehand as vendors on site are only too willing to sell copies. The amount you will pay depends on your haggling skills, but expect a deal at only one-third of the listed cover price. 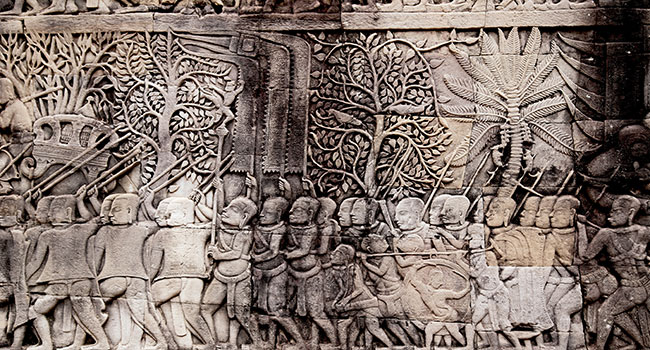 Visitors should be aware that Angkor Wat is only the most spectacular of several temple sites in the larger Angkor area. Other sites should be seen by travellers to appreciate Cambodia’s rich architectural heritage. Try going to nearby ‘Ta Prohm’ with its great tree roots left growing through the ruins. It was used in scenes for the movie Lara Croft: Tomb Raider (2001) with great effect.

Angkor Wat ‘” it’s remote, mysterious and architecturally inspiring. Its story of survival over the ages also encapsulates some of the best and worst of human experience.