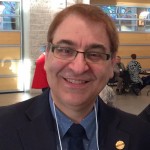 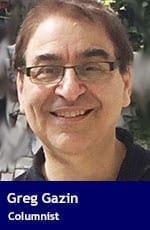 A one-size-fits-all travel-sized multi-port charger for the majority of our gadgets may seem impossible. But Zendure seems to think its new Passport II Pro will do the trick.

So do their followers. In fact, the company’s recent Kickstarter crowdfunding campaign was fully funded in just two hours.

The new-generation Zendure Passport II Pro adapter can deliver up to 61 watts of power. That allows you to charge up to six devices at once. That includes fast-charging a late-model MacBook Pro 13 in just under two hours, so you can leave that massive Apple charger at home.

It has plugs for the four world standards: North American, Australian, United Kingdom and European Union, integrated into a single built-in AC receptacle. This makes it compatible in 200 countries.

The plug are conveniently hidden until they’re needed. Once the prongs are exposed, you simply rotate them for the appropriate continent.

On the bottom are four 12W 5V/2.4A USB ports (three for USB-A and one for USB-C). That means you can easily charge a USB device like your smartphone, as well as higher-powered devices like an iPad.

On the other side is a single 61W USB-C PD port. The PD stands for power delivery. This high-powered port will charge USB-C and Thunderbolt-powered devices like the newer MacBook Air, MacBook Pro or the Dell XPS 13.

This port also acts as a high-speed charger for lower-powered devices that support protocols like PD, QC, PPS 3A, AFC and FCP that allow for higher than standard charge speeds. So with a device like a Samsung Galaxy S20 or an iPhone 11 Pro, you can recharge your battery to 50 per cent in just half an hour. That’s great if you need to juice up in a hurry.

This adapter isn’t just for high-tech devices. It’s powerful enough to be used on such things as hair dryers and kettles.

And in the event of a power overload, Passport II Pro has a 10A fuse that automatically resets itself.

Overall, the Zendure Passport II Pro is an impressive little gadget. Although it was primarily designed for travel, it can easily save space and be useful in your home or office.

Compared to its predecessor, the new model has more USB ports, provides double the power yet is 20 per cent smaller.

To shrink it, engineers integrated semiconductors with gallium nitride, also known a GaN. It’s material typically used to make LEDs and replaces the more commonly-used silicon in the adapter.

This material is more efficient and generates less heat, so it requires less space for airflow.

It would be nice if it had a button to disengage the power without having to unplug all the devices, but that’s not a deal-breaker.

And it’s important to point out that while Passport II Pro is designed for universal use, it’s not a converter. It needs to be used with devices rated from 110V-250V only.

Passport II Pro adapter comes with a cloth pouch, has a two-year warranty and comes in black and white. It will retail for US$69 but can be had at a good discount during Zendure’s Kickstarter campaign, with early bird-pricing starting at US$35.