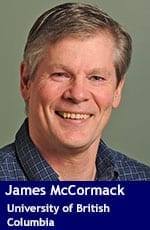 A plethora of ‘experts’ have provided nutritional advice that sounds definitive and evidence-based. Many of us have lived through vast recommendations: low fat, high fat; salt is a problem, salt is no problem; eggs are good, eggs are bad; butter is very bad, margarine is good, then butter is good again; high carbs, no carbs … and so on.

This befuddlement has led health-care professionals to make recommendations and members of the public to make changes in their diets that resemble a great yo-yo. With so much wayward nutritional advice, the medical profession has come to look indecisive and sometimes downright silly.

So here we go again.

A few weeks ago, a large (18 countries, five continents, 135,000 people) and long (7.4 years) cohort study on nutrition was published in the Lancet. The headlines were full of hyperbole: “Low fat diets could kill you” and “Huge diet study shows carbs not fats are the problem.”

But when it comes to interpreting nutritional evidence, you shouldn’t just read the headlines because the devil is always in the details.

For starters, a cohort study like this can’t determine cause and effect. It can only suggest what might happen when populations consume varying amounts of macronutrients – carbohydrates, fats and protein. The people studied ingested a broad range of macronutrients (anywhere from 45 to 75 per cent of calories from carbohydrates, 10 to 20 per cent from protein and 10 to 35 per cent from fat). The investigators then looked at the association between the percentage of macronutrient intake and major cardiovascular disease and overall death.

They found that despite broad macronutrient ranges, there was no association between the percentage of macronutrient ingested over 7.4 years and the chance of a person developing cardiovascular disease – a major cause of overall disease and death.

Importantly, the increase in the risk of death was only around one to two per cent higher for people at these “extreme” ranges – so even for the outliers, 98 to 99 per cent weren’t impacted. So this study seems to suggest that the macronutrient composition of a diet isn’t a big determinant of what makes a diet healthy.

In other words, the best available evidence – despite the evidence being clearly limited – seems to support a Mediterranean-type diet, which has slightly lower carbs and higher fat than what was evaluated in the Lancet study.

Taking these studies all together suggests, overall, that as long as a person doesn’t eat at the extremes of any macronutrient, they should be just fine.

So despite all those people who proselytize low carbs, high carbs, low fat, high fat, there’s no strong evidence to favour one over the other.

There are, however, two important caveats:

The good news is there’s no yo-yo this time. Looking at the evidence, many of us are eating a reasonable diet when it comes to macronutrients.

James McCormack is a professor with the Faculty of Pharmaceutical Sciences at the University of British Columbia and co-host of the popular Best Science Medicine Podcast at therapeuticseducation.org.

James is a Troy Media Thought Leader. Why aren’t you?

Dr. James McCormack received his undergraduate pharmacy degree at the University of British Columbia in 1982 and completed a hospital pharmacy residency program at Lion's Gate Hospital in North Vancouver in 1984. He received his doctorate in pharmacy (PharmD) in 1986 from the Medical University of South Carolina in Charleston, South Carolina. He has had extensive experience, both locally and internationally, talking to health professionals and consumers about the rational use of medication. Dr. McCormack has presented over 400 seminars on drug therapy over the last 25 years, focusing on shared-informed decision-making using evidence based information and rational therapeutic principles. In addition, he has published over 100 articles, mainly in the area of rational drug therapy, and served as an editor for two internationally recognized textbooks on rational drug therapy. He is also the co-host of a very popular weekly podcast called the Best Science (BS) Medicine podcast.

View all of James McCormack's posts.