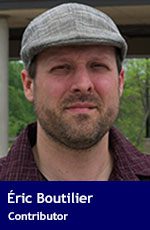 The familiar sound of a passenger train can once again be heard in areas of Northern Ontario that are served by VIA Rail Canada. The Crown corporation officially restored passenger rail services to pre-pandemic levels after more than two years of on-again, off-again, limited or indefinitely suspended train schedules.

Life appears to have returned to normal … at least for the time being.

For those who require essential services in larger cities or access to remote regions of the province, there are now two frequencies a week on the Canadian and three between Sudbury and White River.

Restoration of rail service should allow Northerners to breathe a sigh of relief … though can they really afford to?

Rail services in Northern Ontario — what’s left of them anyway — continue to be challenging to use. They are susceptible to significant delays and remain vulnerable to lobbyists who want to see them disappear outright.

VIA Rail, and by extension, the federal government, have made train travel arbitrarily complicated. Of the 10 largest northern cities, Greater Sudbury is the only one directly connected by intercity passenger rail.

While Dryden and Kenora are within a half hour’s drive from their closest respective stops, there’s no public transportation available to and from. It’s impractical and potentially unsafe to wait for the Canadian’s arrival outside, in front of a signpost in a wooded area, during the middle of the night.

VIA’s Sudbury-White River train inexplicably ends in a township of 550 rather than concluding its journey a few hours further up the Canadian Pacific Railway to Thunder Bay.

Despite reductions in bus service to communities along Lake Superior, both VIA and the Minister of Transport appear uninterested in even examining the issue of extending rail service to the largest city in the Northwest.

Northerners have grown tired of repeated excuses and lip service. VIA and the government can surely do better than this.

The Canadian’s on-time performance over the last decade has diminished at an alarming rate. It went from operating reliably 84 per cent of the time to as low as eight per cent in 2017.

While it has since rebounded, travellers never know whether or not they will depart or arrive at their destinations as planned. The delays plaguing VIA’s flagship train in 2021 ranged from mere minutes to nearly 14 hours!

In a country as wealthy and resourceful as Canada, I have difficulty believing a travel advisory is the best solution the federal government can come up with.

The Frontier Centre for Public Policy recently published a commentary on Troy Media suggesting that VIA Rail either be closed or sold. What they haven’t considered are some of the existing challenges faced by everyday people who rely on this public asset.

How often has someone from the Frontier Centre driven through Northern Ontario in the dead of winter only to find that the lone highway connecting both ends of the country is closed due to an accident or a jackknifed transport truck?

How often has someone from the Frontier Centre spent a night on an uncomfortable bus to get medical treatments 10 or more hours away from home? How about living in a community with no roads in or out and needing an affordable means of transport to pick up groceries?

Divestment of public assets like VIA would only make life more difficult for Northerners and rural Canadians alike.

We’re still recovering from the damage caused by two attempted fire sales of the Ontario Northland Transportation Commission. A Temiskaming Region Travel Survey Report identifies the shutting down of the Northlander Train as one of the greatest barriers to travel for medical reasons.

Rather than cut back or eliminate services, what VIA needs is some reform and investment.

The cancellation of Environment Minister Steven Guilbeault’s cross-country train tour on the climate crisis – due to a lack of service – proves just how out of touch the federal government is with the issues and deficiencies of intercity transportation in Canada.

The increased number of volatile weather events and forest fires, the partial collapse of the Nipigon bridge and pandemic-related border closures are examples of how vulnerable our infrastructure and supply chains truly are.

Complacency is going to be our country’s downfall.

Éric Boutilier is the founder of Northern Tracks.