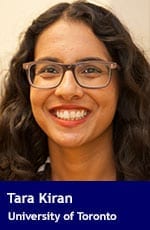 Hundreds of codeine tablets stolen from the medicine cabinet of an elderly person living alone in a rural community. Hydromorphone tablets being distributed at weddings and high school parties. Fentanyl patches being cut up and sold for a profit on the street. This is the reality of the opioid crisis in Canada today – these drugs are pervasive in every population, urban and rural, young and old, rich and poor.

Hydromorphone, codeine and fentanyl are just three in a long list of prescription opioid painkillers that are being prescribed in enormous amounts across Canada to treat everything from dental to post-surgical pain.

In fact, Canada and the U.S. have the undesirable status of having the highest per capita volume of opioids dispensed in the world. And the problem is that, while we expect prescription medications to help people, these drugs are killing people at an alarming rate.

Two people die from an opioid overdose every day in Ontario, and over 14,000 died in 2014 in the U.S. Most alarming is the fact that our youth are being so greatly impacted by this epidemic.

One of every eight deaths in Ontario among young adults is related to an opioid overdose.

Currently, our approach in Canada has been for individual jurisdictions to tackle the problem themselves. For example, B.C. is currently grappling with a massive influx of fentanyl that led to 238 deaths in the first half of this year, and has led their chief health officer to declare a public health emergency.

In Ontario, the approach has been to introduce numerous prescribing policies and a prescription monitoring program over the past several years as part of their Narcotics Strategy. Just last month, the Ontario Public Drug Program announced that they will be delisting high strength formulations of opioids in January of next year. When used only once or twice daily, these opioids have been shown to triple your risk of dying of an opioid overdose; however their delisting has still generated considerable debate in the clinical community, particularly related to its impact on palliative care patients who use high doses of opioids to manage pain at end of life.

Although Ontario’s policy will impact less than three per cent of all palliative care patients in the province, it highlights the complexity of policy-making in this field, and the need to engage with clinicians throughout this process to achieve a balance between access to opioids where clinically appropriate, and avoidance of patient harm.

In March of this year, Health Canada made sweeping changes to the availability of naloxone – a drug that can be used to reverse the effects of opioid overdoses – by allowing it to be sold over-the-counter at community pharmacies. More broad availability of this product will no doubt save lives; however, at over $30 for an injectable naloxone kit (and over $100 for two doses of the newer nasal spray form), it is likely cost prohibitive for many people struggling with opioid addiction.

Although some provinces are now providing naloxone free of charge, the approach to improving naloxone access across the country has been inconsistent and raises legitimate concerns about its actual impact on overdose deaths among those most in need.

It is clear that policy-makers in several of the hardest hit provinces across Canada have taken steps to address opioid addiction and overdose. But is it enough?

Unfortunately, in the absence of national data on opioid prescribing and overdoses, we have no way to capture the scope of this national crisis, and to identify policy changes most likely to affect real change. Instead, we will continue to rely on fragmented data reported by individual research groups in a small number of provinces.

This lack of national surveillance and monitoring of one of Canada’s most significant public health issues needs to be addressed immediately.

The federal government has recently prioritized an examination of the opioid crisis at the national level, with an opioid summit scheduled for this fall. This national leadership is long overdue, but will also require an ongoing commitment from health care providers, policy-makers, data custodians and researchers from across the country to work together to ensure that we learn from each other’s successes and failures and avoid replicating mistakes of the past.

The current rate of opioid prescribing in this country is clearly unsustainable.

Change is possible, but only with strong federal leadership, appropriate engagement and education of clinicians, and a commitment to provide patients with access to non-pharmaceutical pain management alternatives and addiction services.

Tara Gomes is an epidemiologist and Scientist at St. Michael’s Hospital and the Institute for Clinical Evaluative Sciences. She is a Principal Investigator of the Ontario Drug Policy Research Network and has published extensively on issues related to opioid use and overdose across Canada.

Tara is a Troy Media Thought Leader. Why aren’t you?

Dr. Tara Gomes is an epidemiologist and Principal Investigator of the Ontario Drug Policy Research Network (ODPRN), a provincial network of researchers with expertise in pharmaceutical utilization, outcomes and policy who rapidly conduct research for drug decision-makers in Ontario and across Canada. She is also a Scientist in the Li Ka Shing Knowledge Institute of St. Michael’s Hospital and the Institute for Clinical Evaluative Sciences and an assistant professor at the University of Toronto. Her research is focused on pharmacoepidemiology, drug safety and drug policy research leveraging large, administrative databases, and she has published over 125 peer-reviewed articles and over 50 policy reports in this area.

View all of Tara Gomes's posts.