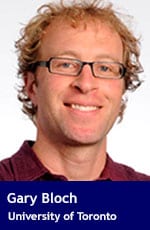 As a family doctor who works largely with people living on low incomes, poverty is at the root of many of the illnesses I treat. And, a dozen or so years into my career, my workload shows no sign of easing up. A shortsighted perspective would say, “Good for me.”

The Cost of Poverty in Toronto report released recently turns this thinking on its head. The report calculates that poverty costs Toronto alone $5 billion a year. I am not an economist, but the share of this cost that falls on me and my family is huge.

In my life, the report’s findings play out daily: Last week, I saw a patient who had spent more than 10 years living in a ravine. He had been to hospital multiple times during that decade, with heart attacks, skin infections and serious depression. If he had been housed, with enough income to support himself at even the most basic standard of living, allowing him to eat properly, live with less stress, engage with community supports and primary health care, the tens of thousands of health dollars spent on him may well have been avoided.

A colleague of mine was with a group of medical students recently when they asked a patient why he was in hospital with an injured leg. He answered, “Because I have no money.” He said he came to hospital with issues that could have been addressed in the community because there is no one to help him and he can’t afford to care for himself at home. The students and their teacher spent the next two hours trying to understand how this was possible.

We also see the effects of poverty at home: the discomfort of living next to people who are struggling to survive, with the resulting anger this causes on both sides. Our children come home from school talking about their friends who have to ask for help to go on a field trip and who hide their inadequate lunches out of shame.

To avoid dealing with this situation is not only immoral, it also makes no sense. This report highlights the negative side of continued poverty: poor health and lost productivity. The report also tells me that a society with no poverty would be healthier, happier, and easier to live in. We would also likely save money in the long run.

There has been an endless stream of reports and commissions looking at how to address poverty. We have Toronto and Ontario poverty reduction strategies and are waiting for a federal version. We know we must address a lack of affordable housing or child care, inadequate social assistance rates and the rise of precarious work. We are pretty sure climate change is making the situation worse.

But the biggest barrier to ending poverty is the political orthodoxy we have lived by for the past 40 or more years, grounded in austerity: that good government is small government, that social programs must shrink and that taxes are evil. Over this period, we have seen the most dramatic rise in poverty rates and income inequality, with a concentration of wealth in the top one per cent. It’s time for a rethink.

I’d be more than happy to pay more taxes if I knew that money would help my community to be healthier and happier. I feel good and hopeful when provincial and federal leaders talk about initiatives that will make life easier for those who are most vulnerable. I am more than happy to put my money where my mouth is.

The cost of poverty will only continue to go up if we do not start to see real action from government. Some hard choices will have to be made, but this report shows us that if we continue to make decisions without thought of our long-term well-being, we will pay.

I challenge us all to put me out of business.

I would be very happy to know the flow of patients to my door had dried up because we decided to put our resources where they have the most positive impact: into truly ending poverty, in Toronto and beyond.

Gary Bloch is a family physician in Toronto, an assistant professor with the University of Toronto.

Gary is a Troy Media Thought Leader. Why aren’t you?

Dr. Gary Bloch is a family physician with St. Michael’s Hospital and Inner City Health Associates. His research, clinical, education, program development, and advocacy interests focus on the intersection between social risks to health and front line health care. He has developed internationally recognized clinical tools, including a Clinical Tool on Poverty, and the development of clinical programs and educational curricula. He serves as Chair of the St. Michael’s Hospital Family Health Team’s Social Determinants of Health Committee, and in that position has overseen the development and implementation of a multifaceted, culture-shifting incorporation of interventions and approaches to the social determinants of health and health equity.

View all of Gary Bloch's posts.