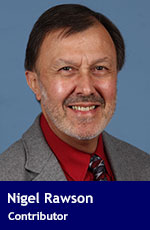 Everyone wants affordable medicines, but are Canadians prepared to accept the trade-off of even longer delays before we can access innovative drugs?

PMPRB is an independent federal organization that, for 30 years, has struck a balance between ensuring Canadian prices for patented medicines are not excessive, while recognizing the importance of pharmaceutical innovation by allowing companies to recoup the immense cost of the research and development of new drugs.

During the short consultation period allowed by Health Canada, individuals, pharmaceutical companies and patient groups expressed a range of opinions and concerns about the proposals. In particular, patients are worried that access to new drugs will be even more restricted. Despite these concerns, Health Canada put forward amendments to the patented medicines regulations in December that were almost identical to the earlier proposals. So much for consultation.

There are several planned revisions to PMPRB but two are particularly important.

First, in the past, when a pharmaceutical company proposed a price for a new drug in Canada, it was compared with prices in the United States and six European countries. Under the new rules, the U.S. and Switzerland (countries with high drug prices) will be replaced in this process by seven new countries with tight pricing controls. This will allow PMPRB to lower the ceiling prices for new drugs as a first step to “affordability.” Manufacturers will have to adjust their pricing policies to comply with this change.

The second and perhaps more fundamental change in the regulations is that PMPRB will assess the “value” of each new drug by reviewing cost-effectiveness analyses submitted to the Canadian Agency for Drugs and Technologies in Health (CADTH), which makes recommendations about reimbursement in all public drug insurance plans (except in Quebec). CADTH does not set prices but frequently recommends substantial price reductions.

In its value assessment, PMPRB will apply a dollar threshold to CADTH’s cost-effectiveness assessment. Any drug above this threshold, according to the new rules, should not be insured. Thresholds of this type have been abandoned by every developed country that has adopted or considered them because they fail to reflect considerations, such as patient and insurer willingness to pay and health trade-offs, that should guide insurance coverage decisions. PMPRB’s threshold is not specified in the regulation amendments.

If a drug meets the cost-effectiveness threshold test, another evaluation will consider the anticipated market size of the drug over the first three to five years of use against Canada’s per capita gross domestic product as “a proxy for buying power at the level of the individual.” That is meant to assess the impact of the drug’s proposed price on patient and insurer finances. If the potential impact is too high, the drug’s price may be further adjusted, but how the process will be applied is not explicit.

These new evaluations fail to adequately account for the fact that the number of potential patients in Canada is often small and, consequently, higher prices than in large markets such as the U.S. or the European Union are justified. Higher prices are also acceptable for new efficacious drugs for diseases for which no therapy exists or the present treatment is ineffective.

It’s important that patients have access to medications that are effective, safe and convenient to take, and that improve health outcomes. Patients are especially concerned about being denied access to new treatments simply because Canadian governments balk at the sticker prices of drugs that may be the only options they have to extend their lives or improve their quality of life.

The PMPRB revisions are supposed to make drugs more affordable in Canada. Pharmaceutical manufacturers take on a significant investment risk to develop new drugs but are unlikely to accept increased uncertainty about their ability to sell them at profitable prices in Canada.

Health Canada’s revisions significantly increase the likelihood that companies will move Canada down their list of countries where they market a new drug – perhaps even off the list – leading to yet another barrier to patient access.

Dr. Nigel Rawson is a pharmacoepidemiologist, pharmaceutical policy researcher and senior fellow at the Fraser Institute.

View all of Nigel Rawson's posts.