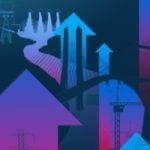 By Charles Lammam
and Hugh MacIntyre
The Fraser Institute

Canadians can be excused for looking with longing at the American job market.

Labour markets are one of the most important components of Canada’s economy, through which we allocate one of our most valuable and productive resources – the work, effort, creativity and ingenuity of Canadians. Labour markets match these human skills, supplied by individuals seeking to earn a living, with the demand for labour. In a high-performing labour market, opportunities abound with rapid job growth, low unemployment and high productivity.

Subsequently, the public is often inundated with media stories about the labour market, usually focusing on employment levels or unemployment rates. However, such stories don’t generally provide a clear picture of how any jurisdiction’s labour market is performing. Therefore, it’s crucial to more comprehensively measure labour market performance to make comparisons.

To properly judge the strength of Canada’s labour market, we must look beyond the headlines about how many jobs were created last month or whether unemployment has ticked up or down.

In a recent study, we measure the labour market performance in Canada’s 10 provinces and the 50 U.S. states from 2014 to 2016. The study creates an overall index score (from 0 to 100) for each jurisdiction based on five indicators including job creation, unemployment and worker productivity (measured by the average value of goods and services each worker generated with his or her labour). Higher scoring jurisdictions ranked better.

In terms of average annual total job growth, Canada’s national rate (0.7 per cent) was less than half the U.S. rate (1.6 per cent). Canada also had a higher average unemployment rate (5.9 per cent versus 5.4 per cent in the U.S.) and much lower worker productivity (C$109,190 versus C$147,397). Nationally, the U.S. labour market has given American workers more opportunity to prosper over the period examined.

Troublingly for Ontarians, the province ranked near the bottom for worker productivity, which is a key driver of compensation (ranked 52nd, C$108,271 per worker). Low worker productivity is ultimately reflected in lower relative wages.

Quebec, Canada’s second most populous province, ranked 53rd with a score of 41.3. The Atlantic provinces fared even worse, making up four of the five lowest ranked Canadian and U.S. jurisdictions. Newfoundland and Labrador, for example, is tied with West Virginia for last place, each with scores of 30.3.

The highest performing Canadian provinces are Saskatchewan (15th with a score of 59.8) and British Columbia (17th with a score of 58.9). But even these provinces fail to crack the top 10. Notably, B.C. had the highest annual job growth in Canada (1.7 per cent), but still has less than half the annual growth of top-ranked Oregon (3.6 per cent).

While there are many reasons for Canada’s overall weak performance, federal and provincial governments have generally not done the labour market any favours. A series of policy choices have made Canada less attractive for investment, businesses, entrepreneurs and skilled workers. The policies include higher tax rates, rapid debt accumulation, soaring electricity costs (especially in Ontario), higher minimum wages and more stringent labour and environmental regulations.

So Canadians should be envious of Americans, because when it comes to labour market performance, and the jobs and prosperity that come with it, the grass is greener on the other side.

Charles Lammam and Hugh MacIntyre are co-authors of the Fraser Institute study “Measuring Labour Markets in Canada and the United States, 2017 Edition.”

Charles and Hugh are Troy Media Thought Leaders. Why aren’t you?