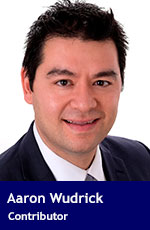 The focus on the federal deficit has rightly been on the staggering scope of emergency spending, but there has been much less talk about the other big part of the equation: government revenues have plunged due to the economic shutdown.

Indeed, the federal government’s July fiscal snapshot revealed that the government expects a steep drop in both personal and corporate income tax revenues, along with the catchall category “other revenues” which account for a whopping $71 billion of the projected $343 billion deficit.

Suffice to say this is a big problem. In pre-pandemic times, the Trudeau government could have balanced the budget relatively easily with some modest spending restraint. But now, even deep cuts would not be enough to close the gap unless revenues also rebound in a big way.

In the early days of the pandemic there was talk of a so-called V-shaped recovery whereby pent-up demand might actually lead to a mini-boom once people were allowed to return to something resembling their pre-pandemic routines. It’s now clear that’s unlikely, as fear of COVID-19 has only grown, making people worried and uncertain of what is to come next.

What we need, then, are policies that can mitigate or offset this phenomenon and provide extra incentive for people to go back to work, reopen or start a business, or spend money.

Traditionally, governments have resorted to stimulus spending – essentially borrowing money and spending it to boost economies. This approach has been enormously expensive and mostly hasn’t worked, meaning the government would be well advised to try a different tack.

Trudeau and his new finance minister, Chrystia Freeland, have both recognized that raising taxes would be a bad idea. At his first press conference following Freeland’s appointment, Trudeau was asked point blank whether taxes would be going up. His response was unequivocal: “No. The last thing Canadians need is to see a raise in taxes right now.”

Trudeau should extend that line of thinking. If higher costs would be bad for the economy, wouldn’t lower costs would be good for it? In other words, it might be the right time for the government to consider a tax-cut led stimulus.

At first blush, this might sound counterintuitive: why sacrifice more revenue at a time when you are already short? Yet if there is a general consensus that the economy needs some type of stimulus, why would leaving more money in people’s pockets necessarily be a worse option than sending more (borrowed) money out the door?

Indeed, there’s a strong case that those with actual skin in the game – businesses – are much better placed to know where money is being invested, as opposed to politicians and bureaucrats who pay no price for being wrong. A tax-cut led approach would effectively empower thousands of businesses across the entire economy to deliver “stimulus” as opposed to a small cabal of political decision makers.

Small businesses in particular have been hard hit by the pandemic. What if the government was to temporarily eliminate the nine per cent small business tax rate for two years? For larger businesses, a reduction in the business rate from 15 per cent to 10 per cent would go a long way to helping them recover.

On the income tax side, cutting every income tax bracket by even one per cent would put up to $8 billion back into the pockets of Canadians at a time when they could most use it to spend at local businesses and rebuild their battered personal finances.

The bottom line is that tax cuts are more fair than picking winner and losers, and is not subjected to the same capture by politically connected industries looking for special treatment.

Yes, it may come at a cost of reduced revenue in the short run, but revenues are down anyway so that cost will be much lower than it would be in normal times. And so long as tax cuts are paired with even larger spending cuts, the deficit can still shrink.

Pie-in-the-sky, government-directed stimulus is enormously expensive, and simply doesn’t work. Instead, the Trudeau government should put more money back into the pockets of Canadians and let them spend and invest it in our economy.

Aaron Wudrick is federal director of the Canadian Taxpayers Federation.