Technology Is Impacting Video Games in a Big Way

Entertainment has come a long way from the first video game invented at one point in the 1970s. Since that time, video games have grown in sophistication and improved in appearance all thanks to the advance of technology. In fact, you may argue that much of this improvement stems from a drive to make games better. Today, you can find and practice roulette in sites like freeroulettedoc.com from your smartphone or enjoy any other form of installable software that allows you to engage with various gaming solutions right from the palm of your hand. 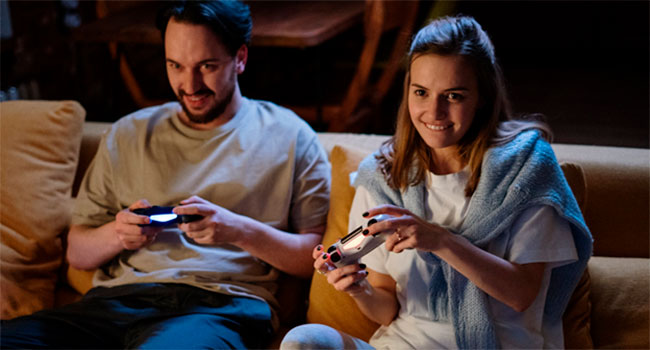 Of course, mobile gaming is hardly the only significant improvement that arrived in the gaming industry. Graphics have grown more realistic and immersive and the gameplay has broken away from a linear existence in which the player is forced to follow through with every last, little, pesky detail of its offer. Instead, players today get to enjoy an open-world in which the scenarios change depending on player decisions throughout their session.

The examples of such fantastic games are quite a few. RockStar Games have produced awesome titles such as Red Dead Redemption (2) and Grand Theft Auto. There are various games such as Stalker, Eve Online, and so many more worthwhile choices where an alternate reality can become your reality. Let’s see how technology is influencing games today, but also, how it’s going to shape the gaming industry tomorrow.

Surprisingly, virtual reality (VR) and augmented reality (AR) have not yet become a staple in the industry, which is interesting given the opportunities they reveal. Nevertheless, video gamers are slowly beginning to endorse both, as they provide neat additions to each gameplay session and make it possible to experience the gaming world in a slightly new way.

Virtual reality is perhaps the more ambitious of the two, but it also hasn’t moved past the pixelated equivalent of early arcade games. While the graphics are beautiful, the immersive wow factor is still a bit lacking. On the upside, digital marketplaces such as Steam and Epic Games are already packing their shelves high with a variety of VR titles.

The price of the average VR headset is also dropping to the point where most are really affordable and you hardly have anything to worry about. Given the current rate of development and adoption, VR hardware and associated games are only going to become cheaper, as they provide players with various opportunities to engage with a new and unique product.

Open-World Gameplay Is Now the Norm

Once upon a time, creating a world with an immersive and captivating narrative was enough. Yet, as players have grown more accustomed to excellent narratives, they have started asking for something that sets each game apart on a purely mechanical level. While a great narrative is really a contributing factor to the satisfaction a player derives, there is more. Players expect to be free in their own choices, even though a game comes with a finite environment in which most outcomes are predetermined anyway. However, gamers want a feeling that this option is not limited.

For example, World of Warcraft is one of the most successful MMORPGs of all times and it may seem a little confined, but when you go back to the Vanilla version of the game, you will find that you can experience the game in hundreds of possible ways, focusing on separate elements, missions, and even in-house rules. A seemingly easy game created in 2004 is still one of the most played games today, offering a mix of engagement and ability for self-growth.

That is precisely what modern gamers expect from the products they experience today as well. They want to see games come in ways that allow them to dictate the rules of the in-game environment and alter their actions. It’s not at all surprising then that an innocuous game such as Minecraft has risen to prominence.

In fact, Minecraft holds a special cultural status today. In some countries where freedom of speech is restricted players build virtual libraries in Minecraft to exchange information or harbor the work of journalists who are exposing corrupt regiments.

It’s surprising and inspiring how far a game can make it, not only as a game but also as a cultural phenomenon with real-life applications.