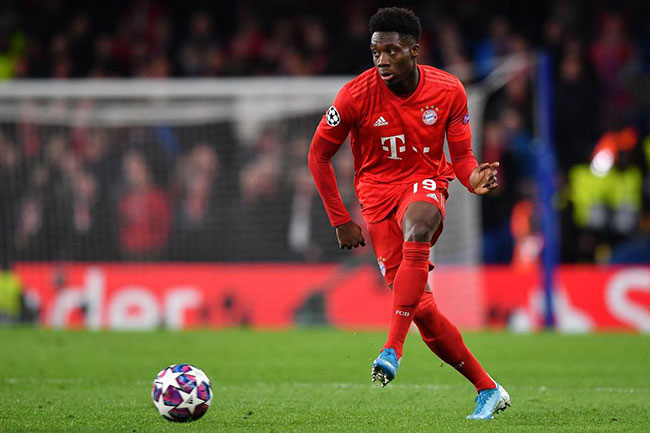 Former Vancouver Whitecaps man Alphonso Davies has been enjoying a sensational time in Europe and now he’s in the running to be named Golden Boy.

Here we look at why he deserves the award who rewards the youngest talent in soccer worldwide and who he’s up against.

What is the Golden Boy award?

The Golden Boy award is an honour awarded to the best player under 21-years-old as voted for by soccer journalists and organized by Italian magazine Tuttosport. The only stipulation, in addition to the age factor, is that the player must ply their trade in one of Europe’s top tiers.

The award has been running since 2003 and is awarded once per calendar year. Of the 18 winners to date, all of them have played at the very top level. Names such as Lionel Messi and Kylian Mbappe feature on the list of winners.

It’s far from an easy award to win though, with Davies up against another 19 players – many of whom come with big reputations.

Who is the main competition?

In theory, any one of the 20 nominees could scoop the award. Reality, however, probably narrows that list down somewhat dramatically with names like Ryan Gravenberch of Ajax and RB Salzburg’s Dominik Szoboszlai unlikely to hit top spot. There are some big names though.

English duo Mason Greenwood and Phil Foden are two names that could rank highly. Manchester United forward Greenwood somewhat burst on to the scene last year as he bagged 17 goals and five assists. Foden meanwhile has been slowly introduced to the Man City team by Pep Guardiola.

His game time has gradually ramped up with David Silva moving on from the Etihad and his creativity has impressed.

In France the biggest threat is likely to come from 17-year-old Eduardo Camavinga. Despite his tender years, he’s already a regular in the Rennes midfield where he pulls the strings.

He’s also recently made his first appearances for the French national team and his goal against Ukraine means he’s their second youngest ever scorer.

Over in Spain, Vinicius Junior and Ansu Fati of Real Madrid and Barcelona respectively offer the strongest threat. Both are big talents with many tipping Fati to fill Messi’s void when the Argentinian finally moves on. Vinicius meanwhile played a pretty substantial role in helping Real to the La Liga title.

The biggest challengers for the Golden Boy crown though probably come from Germany. Jadon Sancho was touted as a £120m target for Man United in the transfer window after his blistering pace and quality in the final third saw him hit 20 goals and 20 assists during the last campaign. Finally, and I’ve saved the best until last, is Erling Haaland.

The Norwegian joined Sancho at Borussia Dortmund in late December 2019. He’s looked unstoppable since and is already being touted as one of the best strikers in the world. Since arriving in Germany, Haaland has managed a goal contribution every 63 minutes.

Then there is Alphonso…

The betting odds suggest that if Davies can finish ahead of Haaland in the voting then Canada will have a Golden Boy in their ranks. It’s plausible too. For starters, Davies has an heartwarming backstory that can set an example of persistence for future generations.

His back story of having to flee a civil war in Ghana to find safety in Canada is an interesting introduction to the world of professional sport. Having grown up in Canada, he’d be forgiven for not pursuing soccer and having chosen to feature in BetAmerica’s college football or NHL odds.

Thankfully, he chose soccer and now we have a fine player on our hands. In Europe, it had been a case of adapting to the change in lifestyle and style of play for Davies. His first period in Germany saw him hardly kick a ball as he managed just 74 minutes of first team action. It all changed in 2019/20 though with Davies becoming a regular in the left back role for Bayern Munich.

Davies’ energy up and down the flank was winning admirers and, unlike a lot of younger plays that have bags of pace, he offered Hans-Dieter Flick’s Munich a decent final ball.

Nonetheless, despite the individual achievements of all players in the shortlist, Alphonso has what none other accomplished: featured in a treble winning side. Not only that, but he was a key player for Bayern, scoring 3 goals and completing 9 assists.

Bayern tend to dominate in the Bundesliga and did so again in the most recent season but the crowning moment of the year for Davies is surely the lifting of the Champions League.

Given Davies is already at one of the best clubs in the world, it would be hard to imagine him going somewhere else.

Bayern can rest easy knowing they’ve got a star in their side and soon, they could have a Golden Boy too. Do you think Alphonso is the most likely candidate to succeed to Joao Felix, who won the award last year? Let us know in the comments below.