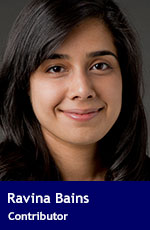 The muddy waters of aboriginal land claims and private property rights in British Columbia may have just cleared a little.

On Jan. 15, the B.C. government stated its opposition to the Tk’emlups and Skeetchestn bands’ aboriginal title claim on land currently owned by private citizens and mining company KGHM- Ajax, saying it will “vigorously oppose a declaration that has the potential to create uncertainty over the land base and for private property owners across this territory,” which is near the city of Kamloops.

Last fall, the two First Nations bands filed a claim with the B.C. Supreme Court saying that the province and KGHM- Ajax never consulted with the communities about a proposed copper and gold mine near the Jacko Lake area. Chief Ron Ignace, of the Skeetchestn First Nation, has been vocal in opposing the project, saying that the community wants the right to dictate how the lands are used while also raising concerns about the potential environmental impact of the project. This brewing legal battle has the potential to define the boundaries in which aboriginal title and private property rights can operate, something two previous Supreme Court cases failed to do.

More recently, the 2015 Saik’uz First Nation and Stellat’en First Nation v. Rio Tinto Supreme Court of Canada decision makes private parties susceptible to litigation by First Nations communities who have simply claimed (not proven) aboriginal title on land in B.C; an area of litigation previously only brought against provincial and federal governments, creating additional land uncertainty in B.C. The Fraser Institute’s annual mining survey demonstrates that land uncertainty is having a real impact on investment opportunities for the province. In fact, the 2015 survey shows that the number one impediment for mining investment in B.C. is uncertainty stemming from disputed land claims.

Following these two important judgments the B.C. government did not address the private property dilemma and how the government would respond if there was a situation where aboriginal rights impacted private property rights of British Columbians. Given that more than 100 per cent of the province is currently claimed by First Nations, it was only a matter of time before private property versus aboriginal title cases come forward.

The B.C. government’s strong reaction regarding Tk’emlups and Skeetchestn First Nations claim to private property may provide assurances to companies and private property owners in B.C. concerned about aboriginal title litigation in their backyards. And time will tell how the courts will balance aboriginal rights against property rights in the province.

Ravina Bains is the associate director of the Centre for Aboriginal Policy Studies at the Fraser Institute.

Ravina is a Troy Media Thought Leader. Why aren’t you?

View all of Ravina Bains's posts.