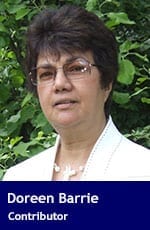 Oh to be a fly on the wall in the Progressive Conservative War Room! Although the 2012 election was a sort of dress rehearsal for this one, things are very different this time around.

So what has changed since 2012? Simple: opposition has been legitimized in the province. Not only have Albertans become accustomed to effective opposition, but they have actually developed a taste for it. The political discourse in this province used to favour the party in power by dismissing opposition as unnecessary or irrelevant.

There’s a long history of non-partisanship in Alberta. Some scholars trace this back to when Alberta was part of the North West Territories. As a “colony” of the federal government, political autonomy was circumscribed. The main job of the Territorial government was to petition Ottawa for schools, roads, etc. so there was no need for opposition parties.

For various reasons, the non-partisan sentiment survived and was cultivated for over a century. In the modern era it was fuelled by western alienation which pitted the provincial government against Ottawa, the external foe. With all political energy channelled outside the province, opposition parties were in an invidious position: unable to deflect the political gaze to internal problems and issues yet unable to disagree with the government championing Alberta’s interest so valiantly.

This strategy worked well when the Liberals were in power federally, and there were hiccups during the Mulroney era. However, since 2006 when the Conservatives came to power the external enemy discourse no longer worked. Thus it is not surprising that Albertans began to be more aware of and take more interest in what was going on within the province.

What went hand-in-hand with western alienation was the need to construct a narrative around Alberta’s exceptionalism. The image of the self-reliant, independent Albertan was carefully constructed. This mythical figure was invested with qualities like strong individualism and a fondness for free enterprise – in contrast to Central Canadians who nuzzled up to the public trough.

The dominant narrative went unquestioned even when Peter Lougheed described his province as the last bastion of free enterprise in the West, while acquiring an airline, investing in Syncrude and unilaterally eliminating the 16¾ per cent ceiling on royalties established by the Social Credit government. It should be pointed out that Albertans were pleased that the Lougheed government “acted like an owner” and championed the public interest.

Internal opposition from the Liberals and New Democrats was neutralized by labelling them free-spending socialists, a position that the media bought into. It was only when the Wildrose Party appeared on the right of the political landscape and began to blast holes in the PC’s credibility that there was a paradigm shift.

Leading up to the 2012 election and in the legislature thereafter, Danielle Smith and her caucus made life very uncomfortable for the government. Mounting an attack from the right, the dominant narrative ensured that the criticism was taken seriously.

A measure of how accurate this narrative is comes from the reaction of Albertans during the last election campaign. Faced with the prospect of a government that would put into practice the sort of tough love, market-oriented measures deemed necessary, voters fled into the arms of Alison Redford who campaigned as a Red Tory.

No matter, Wildrose must be credited with legitimizing opposition in this province. Suddenly, dissent is legitimate and criticism of government is not treason; instead, it is a healthy part of democracy.

This is the most fundamental difference between 2012 and 2015: Albertans who have witnessed the benefits of effective opposition are no longer as easy to manipulate.

What might happen May 5 is impossible to predict because polling now is so unreliable. Will the PCs and Wildrose split the vote leaving an opening for the NDP? Or will the NDP prove a bridge too far for many Calgarians, providing an opportunity for the beleaguered Liberals (who do have a core of support), the fledging Alberta Party or even the Greens?

I won’t hazard a guess as to the outcome Tuesday night. However, it is bound to be the most exciting and unpredictable election this province has had in living memory. This is why worry beads must be in great demand in the PC camp.

Doreen Barrie is a Political Scientist at the University of Calgary. She is the author of The Other Alberta: Decoding a Political Enigma.

View all of Doreen Barrie's posts.