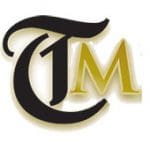 Wholesale sales in Alberta dipped slightly in October but grew better year-over-year than the Canadian average.

Data released Thursday by Statistics Canada indicated there were sales of $6.8 billion in the province — down 0.4 per cent from September but up 1.5 per cent from October 2018.

Nationally, sales were down 1.1 per cent on a monthly basis to $64.2 billion but up by 1.2 per cent year-over-year. Across Canada, it was the second decrease in five months.

Royce Mendes, an economist with CIBC Economics, said recent wholesale and manufacturing data for Canada were weaker “than what the street was expecting this week.”

“Attention will now turn to retail sales tomorrow, which could be a lone bright spot for October’s GDP print,” he wrote in a commentary note.