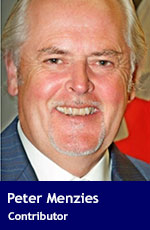 Sometime in the not-too-distant future, the nation’s largest media chain is expected to fail, taking many of the nation’s once proud but now emaciated major daily newspapers to the grave with it.

Postmedia and others have already issued appeals to the federal government, just as television broadcasters have, with more success, lobbied the Canadian Radio-television and Telecommunications Commission (CRTC) for relief for close to a decade now.

The debate over whether their demise is suicide by incompetence or murder by technology no longer matters. And while some, such as columnist Andrew Coyne, still insist that journalists should never be compromised by the subtle fealty induced by government subsidy, principles are unlikely to survive the industry’s poverty.

There is a strong argument – one reinforced by the problematic nature of Postmedia’s structure – in favour of letting nature take its course. But governments don’t do that when you’re too big to fail. So if something is to be done, here’s the solution.

Life at the CBC these days has rarely been better. Having skillfully survived a decade during which successive Conservative governments refused to restructure the public broadcaster (preferring instead to manage “the problem” with threats of austerity), the CBC has wisely decided to invest its windfall Liberal resources where it was already focusing: online. Its news-gathering job postings are more reminiscent of a newspaper than a broadcasting operation and it appears on track to launch even more digital local news platforms in jurisdictions beyond the reach of its local broadcasting obligations.

In many major Postmedia markets, the financially robust CBC has already overcome the sclerotic remnants of resource-starved newspapers to become the preferred source for local news. Worse, it competes for digital (and television) advertising dollars.

An MBA isn’t required to see where this is headed: CBC wins everything.

The solution that satisfies the needs of most parties involved begins with forbidding the CBC from selling advertising slots on TV or online, as is already the case in radio. That amounts to an estimated $400-million revenue reduction annually. In order to avoid cuts, that should be replaced with $400 million more in federal funding.

Thus does the CBC remain robust as a news producer while being freed from the commercial imperative to over serve the Toronto market at the expense of the national audience and its competitors.

(Similar to the BBC, it would still be free to sell advertising that’s visible to international online audiences.)

Chances are, however, that most of that estimated $400 million in freed-up domestic advertising will not flow through to private-sector news producers. So, to ensure that the full benefit of the ban on advertising and the investment in the CBC to replace it is of benefit to the entire journalism/news-gathering and presentation industry, the next step is key.

CBC news is produced with public dollars for public benefit and should therefore be available without copyright protection within Canada’s borders. It should be freely accessed and reproduced by its domestic competitors while maintaining its proprietary nature internationally: the news would be available to the Winnipeg Free Press but not to the Washington Post.

This would give all media in Canada arms-length access to a stream of international, national, regional and local news, allowing them to focus their resources on that which they feel makes them unique while transitioning from traditional platforms to the future. It would ensure the publicly-funded broadcaster maintains a public mandate unfettered by advertising dollars that remain where they belong: in the private domain.

There are other issues to be dealt with on another day regarding the consumption of online dollars by global entities. And it’s unlikely anything can solve Postmedia’s woes.

But these straightforward actions would ensure a fair and platform-agnostic environment capable of stimulating the innovation and investment needed to service news-hungry audiences.

Peter Menzies is a former newspaper publisher who spent 10 years as a CRTC commissioner and vice-chairman.

View all of Peter Menzies's posts.